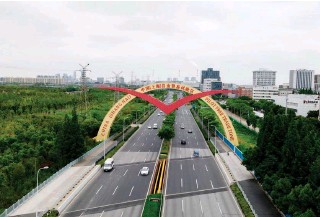 BEIJING: China’s “inflexible” and “inconsistent” zero-Covid policy is crippling European business operations in the East Asian country, a major business group said on Wednesday, warning that the presence of the companies “can no longer be taken for granted.” The report by the European Union’s Chamber of Commerce in China marks the latest statement by the foreign business community that Beijing’s hardline coronavirus curbs are harming the world’s second-largest economy and isolating it on the international stage. China is the last major economy adhering to a strategy of stamping out emerging Covid-19 outbreaks as they arise, through a combination of snap lockdowns, mass testing and lengthy quarantines. Despite sparking business closures and roiling global supply chains, President Xi Jinping has declared the approach China’s most “economic and effective” path forward, and officials have not indicated when the rules might be eased. The European Chamber, which groups more than 1,800 European companies in China, said in a position paper that zero-Covid and its “massive uncertainty” had a “negative impact” on 75 percent of its members’ operations. “China’s business environment will remain unpredictable as long as the threat of lockdowns exists,” the organization said, calling Xi’s flagship policy “inflexible and inconsistently implemented” and cautioning that ideology seemed to be “trumping the economy.” It also said the situation had prompted nearly a quarter of firms to consider shifting current or planned investments out of China, the highest percentage in the past decade. Despite the country’s significant growth potential, “the extent of European firms’ engagement can no longer be taken for granted,” the report said. China in June reduced the length of mandatory quarantine for inbound travelers from 21 to 10 days, but a lack of flights and sky-high ticket prices remain a major obstacle to travel. The near-total shutdown of the country’s borders since 2020 has quickened an “exodus” of Europeans and left those who remain more isolated than before, according to the report. If Beijing continues to persist with the policy, “the business environment will continue to become more challenging,” it warned. In a foreword to the report, European Chamber President Joerg Wuttke wrote that “the rest of the world has largely resumed pre-pandemic levels of ‘normality,’ but China remains reluctant to open its doors.” European companies “need China to fulfill its huge economic potential,” he added. China’s economy expanded just 0.4 percent in the second quarter as virus restrictions across swathes of the country caused business shutdowns and roiled supply chains. Analysts say the country is set to miss its annual growth target of about 5.5 percent by a wide margin.