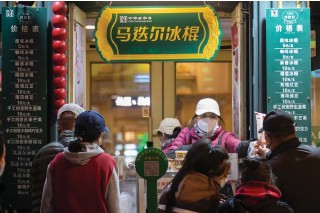 HONG KONG: Asian markets fell and the dollar held an advance as the optimism that coursed through trading floors earlier this week gave way to nervousness ahead of a massive US jobs report later Friday that could determine Federal Reserve (Fed) rate hike plans. Soft economic data out of Washington sent equities surging at the start of the week and dragged the greenback on hopes that the readings could allow the US central bank to pivot and slow down its strict monetary tightening program. However, the uncertainty that has characterized the year so far has slowly returned and Wall Street’s three main indexes ended Thursday with fresh losses, with sights firmly on the nonfarm payrolls (NFP) figures. report Analysts to show expect 250,000 the monthly posts were created in September, which would be the weakest since late 2020 but still a healthy figure suggesting a strong labor market. There is a fear that a result higher than expectations could spark another sell-off across risk markets as investors bet on more bumper rate hikes. Fed officials have consistently warned that they are determined to ramp up borrowing costs to fight four-decade-high inflation, even at the expense of a recession — feeding worries among traders that the world economy is heading for such a scenario. “The pivot party gang dialed down their new-found enthusiasm overnight after hawkish central bankers expressed concerns over sticky inflation,” said SPI Asset Management’s Stephen Innes. He pointed out that other central banks, including in Europe and Canada, had also flagged further tough measures. Still, Oanda’s Edward Moya added that a consumer price index report next week was also coming on traders’ radars. “Economists are not expecting a significant drop in pricing pressures, but many traders think that a cool report could happen and that will force the Fed to change their tune next week,” he said in a note. “ Fed messaging has been consistent, and it will likely stay that way post-NFP. Rate hike and cut bets will likely have significant swings after next Thursday’s inflation report.” Asian markets extended the New York retreat, with downbeat earnings from chipmakers — and a warning from South Korean titan Samsung — raising worries about the upcoming corporate earnings season. Tokyo, Hong Kong, Sydney, Seoul, Wellington, Taipei, Manila and Jakarta were all in negative territory. Adding to the unease was a warning from US President Joe Biden that the world faced nuclear “Armageddon” for the first time since the 1962 Cuban missile crisis and that he is trying to find Russian counterpart Vladimir Putin’s “off-ramp.” He told a Democratic Party fundraiser in New York that Putin was “not joking” when he threatened to use nuclear weapons as his army faces a series of defeats in eastern Ukraine following his invasion in February. The risk-off mood saw the dollar bounce Thursday after days of losses caused by traders lowering their rate expectations, and it held the advance in early Asian business. The standout was sterling, which remained wedged below $1.12 and continued a roller coaster that saw it hit a record low last week before recovering thanks to a Bank of England (BoE) lifeline. However, observers warned of more volatility in the pound as the government presses ahead with a debt-funded tax-cutting mini-budget, while the promised support from the BoE is due to end soon. Oil prices edged down but are set for their biggest weekly gain since March after OPEC (Organization of the Petroleum Exporting Countries) and other major producers led by Russia agreed to slash output by 2 million barrels, leading some analysts to predict a return to $100 a barrel by the end of the year. Key figures around 0230 GMT Tokyo - Nikkei 225: DOWN 0.6 percent at 27,149.76 (break) Hong Kong - Hang Seng Index: DOWN 0.9 percent at 17,836.92 Shanghai - Composite: Closed for a holiday Pound/dollar: UP at $1.1164 from $1.1161 on Thursday Euro/dollar: UP at $0.9797 from $0.9794 Euro/pound: UP at 87.77 pence from 87.74 pence Dollar/yen: DOWN at 145.04 yen from 145.11 yen West Texas Intermediate: DOWN 0.1 percent at $88.40 per barrel Brent North Sea crude: DOWN 0.2 percent at $94.28 per barrel New York - Dow: DOWN 1.2 percent at 29,926.94 (close) London - FTSE 100: DOWN 0.8 percent at 6,997.27 (close).